As I write this my grandfather is lying in a hospital bed dying. He’s refused medical treatment for his recently broken back, and he refuses to eat. It’s been three days. Fortunately, he’s heavily sedated, but, unfortunately, still suffering from incredible pain. He’s dying. It’s inevitable for all of us, I know, but his death is imminent. It’s really in our face now. He’s been unhappy for several years since my grandmother was taken from us. Is it for the best he’s dying? Probably. Yes. Yes, I think it’s for the best. His health has suffered in recent years, and he’s unhappy. He’s nearly 90 years old. 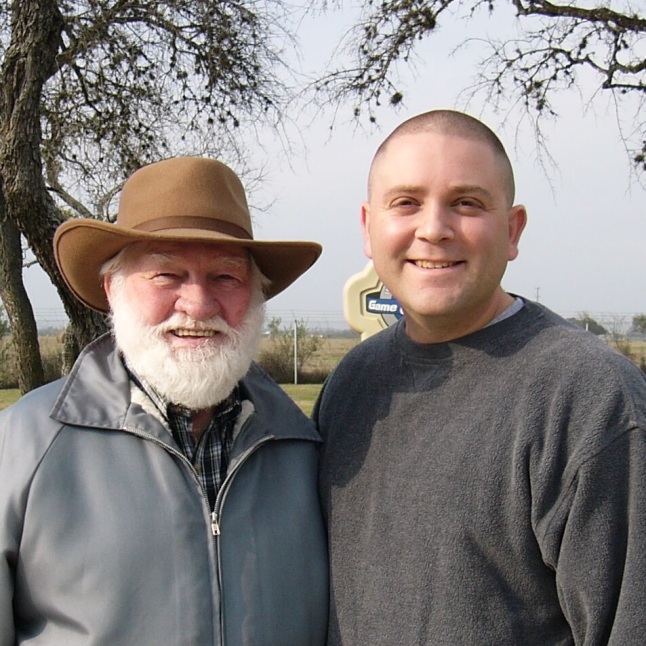 My earliest memories involve interactions with my grandparents. You see, my mom was a single mother. Consequently, my grandparents greatly contributed during my formative years. As early as I can remember, my grandfather held strong opinions, and he was never timid expressing them. The good thing is his opinions were valid. One of the few remaining World War II veterans, he remembered the great depression. He knew tough times first-hand.

I remember my grandfather being loud and opinionated, but I also remember him being soft-spoken when explaining how something worked or how it should be accomplished. He was a man’s man, and he taught me how to be a man. He taught me right and wrong. He instilled my work ethic. My step-father was a positive influence in my life, but he did not come into the picture for a few years.

We don’t often think about it, but the people with whom we interact make us who we are. Our family, our friends, our enemies. They all contribute to our person, to our being. I hope I’ve become a great man. I’ve aspired to greatness because I witnessed an example of greatness. No one is perfect, and perspectives vary by individual, but in my eyes, my grandfather was a great man. I’ve always wanted to make him proud. He was a proud man.

At the same time his pride taught me another lesson: don’t be too proud to admit you’re not perfect. Don’t alienate loved ones because of your pride.

When my grandmother died unexpectedly, I learned the value of making sure my loved ones know I love them before it’s too late. Besides quelling my pride, I wonder what lesson(s) I will learn from my grandfather’s death. I certainly learned much from his life. I will miss him. Immensely.

Everyday.  That’s how often I think about blogging.  Everyday, I think I need to take a few minutes and post something on here.  Everyday, I want to sit down and jot something down. Do you know how depressing it is to miss the mark everyday. Am I setting myself up for disappointment?

Humans need to express themselves. Whether verbally, or with a scribbly pictures, or perhaps touch. Humans need some form interaction with others.

So what does all that have to do with thankfulness you may be asking? Well, whenever I feel depressed, disappointed or defeated I take a moment and think about all of the wonderful portions of my life for which I’m thankful.

Is there something in your life that disappoints you that you’re failing to do daily or weekly or monthly?

Take an hour.  Take a half hour. Take a minute. Do that thing. Progress is progress even if it’s a tiny bit.